The current holders of the title, Spain, start Euro Cup 2016 on the 13th of June with a match against Czech Republic. They will surely want to start the campaign to defend their 2012 title with a win, as well as erase the painful memory of their 2014 World Cup experience as quickly as possible. Their opponents want nothing more or less than to reach the knock-out stages and enjoy this football experience as much as possible – the general consensus is that they won’t produce lots of fireworks. 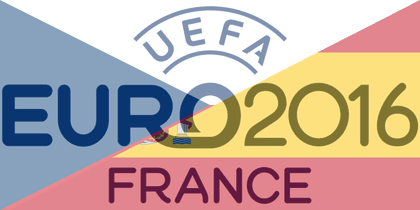 This Spanish team is quite different from what we’re used to. We no longer see Xavi in midfield or Torres in attack and have to learn quite a few new names. The team’s main weakness this year seems to be inconsistency. At their best, we know they can defeat every opponent out there, but they don’t produce their best very often, while also having quite bad performances, their most recent being a 0-1 defeat against Georgia in a friendly. On the other hand, Czech Republic seem like a team who is always ready to turn a 1 goal advantage into a 3 point victory. Their recent friendlies only saw a 1-1 draw against Sweden and a 0-1 loss against Scotland, but we’ll surely remember their performances from the qualifiers more. They will be looking to start the championship on a positive note – a win or draw against Spain will do wonders for their morale.

Overall, bookies see Spain as favourites to win the opening clash. We’re not that optimistic, because we’ve seen the Spaniards play recently and it’s not very impressive. Our best bet is that the game will not produce a lot of goals – somewhere between 1 and 3 is the sweet spot. 1-1 is the score we anticipate to see in an evenly-matched and possibly boring encounter. Both Teams To Score:  Yes – 2.25 Total Goals:  Over 2.5 – 1.95

Belgium is the team which most people see as the most likely to produce surprises this year. That means that they’re not really surprises, right? They undoubtedly bring their best-ever generation of football players to Euro 2016 and have an awesome starting game on their hands: they play Italy, a team with great history and achievements, but maybe not a lot of present value, on the 13th of June. 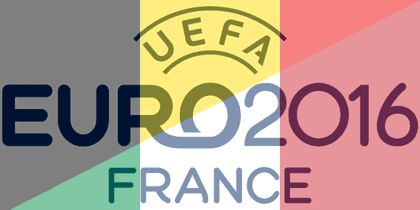 The Belgian team will most probably compete with Italy for 1st place in a group which also contains Sweden and Ireland. Their team is full of great players: one of the best goalkeepers in the tournament (Courtois), defender (Kompany), midfielder (Hazard, De Bruyne) and forward (Lukaku). If these players can collaborate at their best, they will be a very, very tough nut to crack for any opposition. Their recent friendlies showed some of their class and featured and excellent goal by De Bruyne which he will surely want to repeat during the tournament. On the other hand, Italy come to Euro 2016 as a team which is not widely seen as able to reach the latter stages. This label hasn’t prevented them from reaching finals in the past, but they seem to lack cohesion and world-class players this year as well. Of course, with a hint of luck here and there, we might see Italy go all the way, just like they did in 2012, only to lose the final against Spain.

Betting on lots of goals in a game involving Italy has been suicidal for quite some time now. We consider this game to be very tactical, with few clear cut chances, and maybe one or two goals, no more. Goalscorer:  Romelu Lukaku – 3.35 Exact Score:  1:1  6.40 If you can try to place a bet on Belgium having most of the possession – they’re very good at it and the Italians will probably deliberately let them play the ball. The most probable scorer is Lukaku, because he can produce goals from set plays, long shorts, through dribbles – you name it. Let’s prepare for quite an interesting game.