When you hear that Switzerland will face Poland in the Euro 2016 round of sixteen, you immediately think that one of them pulled a huge surprise. They are not the usual candidates for the knockout rounds, but if you followed this year’s tournament, you know that things have changed. Although the competition now features 24 teams instead of the usual 16 and the best four 3rd placed teams still qualify from the groups, neither Switzerland nor Poland needed this small bump. They both managed to secure second place in their groups just fine. 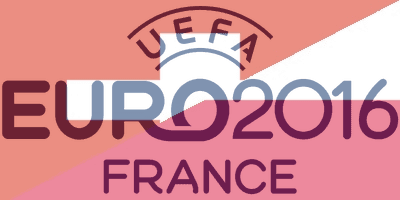 The Swiss followed their pre-tournament prediction perfectly. They beat Albania, drew with Romania and drew in the last game against France, finishing with 4 points and a goal record of 2-1. Overall, they seemed like a very disciplined and hardworking team, with sudden glimpses of genius brought by Shaqiri or Xhaka in midfield or Ricardo Rodriguez coming from behind. Meanwhile, Poland managed to finish second in Group C without losing, although they faced world champions Germany on day 2. They escaped with a 0-0 draw that honestly could have gone either way and ended the group triumphantly versus Ukraine, qualifying for the first time in history in the knockout stages of a major tournament. Many people thought that Lewandowski will lead his team to victories, but he failed to score so far – maybe he will break the ice against the Swiss. Looking at their games so far, neither team had any game with more than 2 goals scored. Considering the fact that they are both teams which are used to being dominated, we can’t foresee a very spectacular game between the two. Regardless of which team scores first, it will probably look to defend from that moment on and hit on the counter-attack. Our betting ideas for this game are the following: under 2,5 goals and a 1-1 correct score if you’re feeling lucky. If we absolutely had to pick a winner, we’d go with Poland – for the way they resisted against Germany.