We have arrived to that period of the year everybody is waiting for – and no, we’re not talking about The Rolling Stone’s concert or some spring festival. The UEFA Champions League semifinals are in sight. We’re down to the best four teams of the continent this year, teams which will fight for a place in the final which will take place on the legendary San Siro stadium of Milan. The competition is fierce, and the prize is great. Today, we will analyze the first of the two semi-finals, the one which appears rather one-sided at first glance. This semi-final opposed Spanish giants Real Madrid, the most successful team to ever play in the competition, and the surprise of this stage, Manchester City. Both teams had rather quiet group outings, managing to win their respective groups, but have shown signs of weakness in the knock-out stages. They are two teams which are certainly not afraid to play offensive football and have great players which can make the difference at any time.

Manchester City had a relatively easy draw in the round of 16, being paired with the Ukrainian side Dynamo Kiev. A 3-1 win in Ukraine was enough to get the English team through, where they met PSG, which eliminated Chelsea just a few weeks before. The French side quickly saw that City where there to do business, and failed to eliminate the English side after a 2-2 draw in France and a 0-1 loss on the Etihad Stadium. Kevin de Bruyne was City’s best man in both legs, propelling his side to their first semifinal appearance in history. City also have another advantage we haven’t mentioned yet: they aren’t competing for domestic honors, bust must be wary of dropping out of Champions League qualification spots. Meanwhile, Real Madrid cruised through the round of 16 after a double 2-0 win over Roma and was part of the most spectacular game in the quarter-finals. They lost 2-0 in Germany against Wolfsburg, but won 3-0 in Spain thanks to a marvelous hat-trick by Cristiano Ronaldo. They are certainly the more experienced team and have some of the best players in the world, but unlike their opponents, they are also involved in the domestic title race. Zidane’s side must carefully choose their battles in order to win both wars. The Online Bookmakers consider Real Madrid hot favorites not only in this draw, but also for winning the competition. They have players which won the trophy more than once, are a mature side and have proven over and over again that they can beat any opposition.

Manchester City will rely on the brilliance of their attacking players like Kevin de Bruyne and Sergio Aguero and on the fact that various teams have shown that Real can be beaten. From a betting perspective, the semi-final is sure to bring goals. Real Madrid have only failed to score in one game this season, and Manchester City’s games are usually spectacular. The odds of Real going forward are not the best available, but try different bets, like Real to score in either ties, or Ronaldo to score at least once. Inspiration will be key in these moments, because the spectacle is guaranteed to be special. 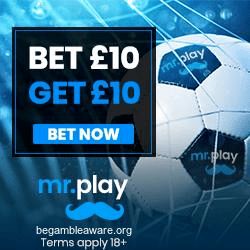